THG is pleased to introduce a new “Ask the Experts” column to our quarterly newsletter. In this section, we will collect insights from subject matter experts on noteworthy developments in the environmental arena.

In this first installment, we caught up with a few experts to hear their take on the Flint, Michigan water crisis, what the situation looks like as it falls out of mainstream media headlines, and what the larger implications might be for water infrastructure in this country. 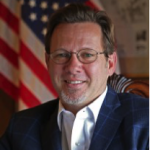 Brent Fewell, Founder, Earth & Water Group, has over 30 years of experience in public policy, advocacy, and environmental law. A highly regarded thought leader on environmental policy and governance, Mr. Fewell has held positions as an environmental lawyer, a corporate executive, and as a federal official. As Principal Deputy Assistant Administrator in U.S. EPA’s Office of Water (2004-2007) he oversaw the nation’s drinking water and surface water programs.  He subsequently served as the Sr. Vice President for Environment, Health & Safety at Suez Environnement where he managed regulatory compliance for SE’s U.S.-based subsidiary, United Water. 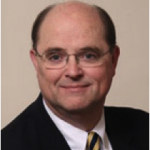 Tracy Mehan III, Executive Director for Government Affairs, American Water Works Association, is an expert across the entire spectrum of water policy. His career includes service as Assistant Administrator of U.S. EPA’s Office of Water (2001-03) and as a principal for the environmental consulting firm The Cadmus Group (2004-14). Mr. Mehan has substantial experience in state water and environmental issues. He directed the Office of the Great Lakes for the Michigan Department of Environmental Quality (1993-2001) and the Missouri Department of Natural Resources (1989-92).

A Brief Recap of the Flint Water Crisis

Questions for the Experts

Q1. What do you see as the most important developments in the Flint crisis now that it is waning from the mainstream headlines?

Q2. Beyond the community of Flint, how widespread an issue is lead contamination in drinking water? Do you anticipate that it will be the subject of continued attention as governments and residents investigate their own drinking water systems?

Q3. How does Flint fit into broader discussions of the water infrastructure funding gap? Could it be a catalyst for long overdue action on aging infrastructure or will it be out-of-sight out-of-mind?