Emergency Planning and the Energy Boom

Emergency Planning and the Energy Boom 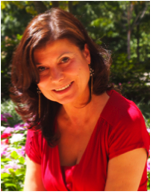 America’s energy resurgence played an enormous role in the recent election cycle. Candidates all across the nation and on the national level sparred over the need for an energy policy that created independence, reliability and abundance for all Americans.

With typical ingenuity, American industry has responded by investing in a plethora of new energy sources. In addition to new renewable energy sources such as wind, solar and biomass, industry has explored new ways of extracting traditional fuels such as petroleum and natural gas by using innovative drilling techniques.

As these new energy sources become poised to enjoy explosive growth, it is worth noting that with this opportunity comes potentially great peril. It is incumbent upon both regulators and the regulated community alike to look at the lessons of the past in terms of dealing with emergencies and crises and plan ahead to avoid them in the future.

For example, the chemical industry was put on notice that their level of emergency planning and response needed to be drastically elevated with the 1986 explosion of the Union Carbide chemical plant in Bhopal, India. In response, the chemical industry put together CHEMTREC, a nationwide emergency planning preparedness and response capability that links a network of companies together in order to leverage their emergency response capabilities.

Congress also responded by enacting the 1986 Emergency Planning and Community Right-to-Know Act, which required some 50,000 facilities nationwide to create risk evaluation and analysis plans in order to prepare for and prevent emergencies. This law also created the Toxics Release Inventory, a reporting program that expanded community’s access to information about hazardous chemicals in their neighborhood.

In 1989, the Exxon Valdez oil spill off the shores of Alaska resulted in a catastrophic release of almost 20,000,000 gallons of petroleum into the ocean. Damages to natural resources totaled some $50 billion. In response, the petroleum industry and federal government responded by creating the National Response Center (NRC). Congress also enacted the Oil Pollution Act of 1990, which greatly expanded the governments’ capabilities in dealing with oil spills both on land and in domestic waters of the United States.

Today, our nation’s energy industries face a similar challenge. While utilizing innovative new drilling techniques and operating in locations often closer to our communities than ever before, the industry must also ensure that it has the necessary preparedness and communication skills to prevent an accidental release that will threaten human health and the environment as well as cause the enactment of stringent new legislation that will significantly increase the cost of production.

Actions should be taken at both the company and industry level.

As these nascent sectors of our nation’s energy economy grow, they would do well to develop their capabilities and prepare for dealing with any hazards that may be concomitant with production. In addition to preventing the harm to human life and the environment, these actions will also have the added benefit of enhancing interaction with the community, shoring up relationships with local and state law enforcement and enhancing collaborations with federal regulators.

All of these actions will allow our nation to develop its energy independence reliably and abundantly while at the same time ensuring public confidence in the environmental safety of our new sources of energy supply.