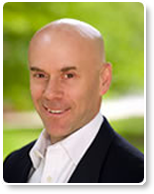 Much has been made in the media and the halls of Congress about a number of Clean Air Act regulations which, due to court orders, statutory schedules and Obama Administration efforts, were likely to hit the electric generation sector more or less simultaneously. Critics of the rules asserted that this concurrent set of standards governing air toxics, particulate matter, haze, greenhouse gases and other pollutants were a “train wreck” that threatened grid reliability and consumer pocketbooks. Proponents argue that industry has long known these rules were coming, and that the standards are both critical to public health and reasonable. The debate about the costs and benefits of the new air rules rages on.

Most objective observers believe, however, that the fundamental weakening of natural gas prices is as much or more of a threat as any new clean air regulation to the nation’s fleet of coal plants. New EPA greenhouse gas regulations mandate CO2 limits on new generators that a coal plant could only meet if it was paired with a carbon capture and storage facility, but low gas prices for the foreseeable future are independently causing gas to be favored over coal for new generation. Add state-based policies requiring increased use of renewable energy and the decreasing cost of renewable generation to the low gas prices and the air regulations, and the precise cause leading to the significant overhaul of the nation’s electricity generating mix is difficult to sort out.

But while the air rules have garnered the most attention in Congress, new rules under the Clean Water Act (CWA) have also been cited as a factor in a feared “train wreck” for the electric generation sector. Not long ago, for example, industry feared that an upcoming new standard for cooling water intake structures at fossil and nuclear plants would add considerable burdens. However, EPA has since proposed stringency levels with projected costs that are actually more than 80 percent less expensive than originally predicted by industry.

There does remain, however, another CWA rule that has potential to have significant impact. New effluent limitation guidelines (ELGs) – national, technology-based regulations EPA establishes to reduce pollutant discharges directly to U.S. waters and indirectly to municipal wastewater treatment plants – are aimed at addressing the impacts on water systems that can result when (particularly coal-fired) power plants reduce air-borne pollutants. EPA and the environmental community contend that pollution problems are not solved if we end up essentially moving pollution from the air to the water.

Though EPA is mandated by the CWA to review ELGs every five years, the ELGs in force today for steam electric power plants were promulgated in 1982. In a 2009 study, EPA concluded that current regulations have not kept pace with the additions of wet flue gas desulfurization systems (i.e., wet scrubbers) at coal power plants to control SO2 emissions. While scrubbers have been effective at reducing air pollution from coal plants, most of that pollution has simply been moved from the air to the water, and existing ELGs do not address the arsenic and mercury-laced wastewater wet scrubbers create. In 2010 roughly 51 percent of total U.S. coal-fired capacity (more than one-tenth of overall U.S. capacity) used wet scrubbers, and EPA expects the amount of capacity served by coal plants with wet scrubbers to more than double by 2025.1

Following a lawsuit filed by environmentalists in 2009 and pursuant to subsequent consent decrees, EPA agreed to propose revised power plant ELGs by November 20, 2012 and to finalize the rule by April 28, 2014. As EPA develops its proposed rulemaking, a draft CWA permit EPA issued in September 2011 on the Merrimack Station coal plant in New Hampshire is being viewed as a test case for the agency’s ELG rulemaking. The Merrimack Station has been the primary focus of efforts regarding ELGs, because, as the primary industry group interested in the issue, the Utility Water Act Group (UWAG), stated in their comments, “every company subject to the national [ELGs] may be affected…[because] the Merrimack permit and the national rulemaking…are intertwined and use the same data.”

In the draft permit, EPA Region 1 required the Merrimack plant to biologically treat effluent from the plant’s wet scrubber in addition to physical and chemical treatment technology requirements.2 UWAG called the ELGs for wastewater “arbitrary and capricious”, and argues that flawed underlying scientific data confuses the analysis and results in proposed technology that is more expensive than necessary.3 Environmentalists also disagree with EPA’s draft permit, stating the while biological treatment is an effective way to reduce pollutants, EPA should require Merrimack to install vapor compression evaporation technology, which completely eliminates pollutants in wastewater from wet scrubbers (and costs more).4

Action on ELGs has not been limited solely to the Merrimack Station. Environmentalists have sued EPA to compel them to begin issuing CWA permits for other coal plants that use wet scrubbers, and the UWAG has attempted to intervene on EPA’s behalf on a number of lawsuits related to ELGs. The next major action – EPA’s proposed rulemaking on ELGs – is not scheduled until after the election.

We will certainly continue to see much ink spilled in the near term about the costs and benefits of coal-fired power and the impact of new air regulations. But the EPA’s eventual decision on ELGs will not just add to the dockets of federal courts, it could end up being a major factor in the viability of some generation assets.

The Horinko Group and Green Strategies will continue tracking issues affecting the electricity grid and keep our networks apprised of developments. We intend to jointly explore the environmental and economic impacts of pending EPA regulations, particularly related to ELGs, through a webinar currently being planned for late 2012. Stay tuned as additional information becomes available.