What Are The Chances For BP RESTORE Act Passage?

What Are The Chances For BP RESTORE Act Passage? 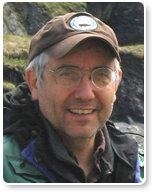 Can the most divisive Congress in memory enact landmark environmental legislation?

The answer is ‘maybe.’

The RESTORE Act is an amendment to the Surface Transportation Bill moving into conference committee this week.  RESTORE would allocate billions of dollars in BP Deepwater Horizon mitigation fines.  While there are differences between the House and Senate transportation bills, the RESTORE Act is supported by both chambers.

The amendment’s acronym “RESTORE” stands for the Resources and Ecosystems Sustainability, Tourism Opportunities and Revived Economy of the Gulf Coast.  It would dedicate 80% of the Clean Water Act civil fines from the BP Deepwater Horizon to coastal ecosystem restoration and to the rebuilding of local economies impacted by both the spill and decades of offshore energy development.

The odds for RESTORE’s enactment benefit from congressional interest in getting the transportation bill passed.  If it doesn’t pass, all federal surface transportation funding expires on June 30th unless another short term funding extension occurs.  The end of June deadline is a motivator because headlines about needless highway construction layoffs would be an election-year fiasco for any lawmakers who get blamed.

If the transportation bill does not pass, RESTORE’s advocates will seek either stand-alone introduction, or to attach it to another ‘must pass’ legislative vehicle in the often chaotic final weeks of Congress.  Passage during the expected lame duck session of Congress after the November election is also a possibility.

While RESTORE doesn’t decree how much BP and/or its partners Halliburton and Transocean will pay, a Clean Water Act (CWA) penalty formula based on the number of barrels spilled puts the minimum cost for this spill at around $5 billion.  If a negligence verdict is reached against BP, Halliburton and Transocean or their subcontractors, the CWA fine could reach more than $17 billion.

In the case of the Exxon Valdez consent decree, Exxon agreed to $900 million in civil fines and $100 million in criminal fines.  Almost 100% of those funds were spent on environmental restoration actions within categories approved by a federal judge and nearly all economic damages were pursued in a separate class action lawsuit.  Congress had no role in Exxon Valdez mitigation.  Without passage of RESTORE, the civil Clean Water Act fines would go to the U.S. Treasury after replenishing the billion-dollar Oil Spill Liability Trust Fund set up by the Oil Pollution Act of 1990 to address future oil spills.

With hopes for RESTORE’s passage alive and well there is increasing attention being paid to how billions of dollars could be spent.

Under RESTORE, if the CWA fine is $17 billion, then 80% of the fine, or $13.6 billion would be governed by the following allocation guidelines.

The five states will nominate a Chairperson from the federal agency members on the Council and the President will appoint the Chair.  Significant “actions by the Council shall require the affirmative vote of the federal Chairperson and a majority of the State members to be effective.”  Note: any funding proposal with the support of three states and the federal chair will be funded.  Federal approvals are needed for state allocated funds coming from the 35% of the settlement that is to be divided equally among the five states as discussed above.

RESTORE contains significant transparency and public review provisions plus the requirement for the Council to annually report to Congress.  The Justice Department, in consultation with DOI and NOAA, can disapprove state uses of funds and require reimbursement for misspent funds.

Five percent of the fine will go for a Long Term Science and Fisheries Endowment and Gulf Coast Centers of Excellence.   Half of the interest earned per year on the total fine will also go into the fisheries endowment under the Senate version of RESTORE.

RESTORE spells out eligible funding activities for the 35% of the CWA fine shared equally by the five states to include:

The bill strongly reinforces the five Gulf states’ role in bearing the brunt of the environmental risks and costs from hosting the nation’s energy development that produces 90% of the nation’s domestic offshore oil and gas supply, as well as being the site of the environmental and economic damage from the spill.  Then in one of the most significant provisions of RESTORE, Section 4 defines the spill region’s ecosystem this way:

“(B) any adjacent land, water, and watersheds, that are within 25 miles of those coastal zones of the Gulf Coast States; and,

“(C) all Federal waters in the Gulf of Mexico;

“(33) the term ‘Gulf Coast State’ means any of the States of Alabama, Florida, Louisiana, Mississippi, and Texas;”

In addressing the goals of Gulf of Mexico ecosystem restoration, cleaner water from the Mississippi River is not mentioned, but funding “infrastructure” in deep water is.  Some observers believe that beneficial changes in watersheds feeding the Gulf offer better restoration outcomes than investments made in offshore saltwater environments.  The bill occasionally refers to utilizing the “best available science” to prioritize projects within the Gulf States, but does not use “best available science” to ask the larger question of whether improvements in water quality delivered by the Mississippi to the Gulf would significantly aid in restoring the Gulf’s ecosystem.  And whereas combating Gulf Hypoxia, the annual Dead Zone, in the Gulf ecosystem as a result of nutrient loading in the Mississippi watershed was frequently discussed by federal officials and stakeholders including Louisiana fishermen and conservationists during the 2010 spill year, the words “Gulf Hypoxia” do not appear in the RESTORE Act.

In addition to the 25-mile ‘spill restoration zone’ that apparently leaves Mississippi River nutrient reduction out of RESTORE funding eligibility, it also means that other water quality projects in all five states that could take place beyond the 25-mile limit would likely be ruled ineligible for RESTORE funds despite significant contributions they could make to ‘restoring the Gulf’ by providing cleaner water reaching the Gulf.

Fall Back Court Settlements are Available if RESTORE Does Not Pass

If RESTORE does not pass Congress, the U.S. Department of Justice and the attorneys general from the five Gulf Coast states could pursue a court settlement with BP and its partners in the Deepwater Horizon.  This route would more closely follow the Alaska model with the Exxon Valdez in which case Congress would be a non-player.  EPA would obtain and control most if not all of the federal part of such a settlement according to sources.

The Justice Department’s recent criminal indictment of BP employee Kurt Mix for destroying text message evidence relating to the daily flow rate of the spill has raised the odds that the criminal liability probe of the accident will accelerate.  The amount of oil spilled into the Gulf is critical to setting the CWA fine.

While BP was not charged in the DOJ indictment of Mix, there is already jockeying occurring between DOJ which seeks a federal damages trial to start in July, and BP which is asking the New Orleans-based Judge Carl J. Barbier to delay the environmental damages trail until January of 2013.  Clearly, both DOJ and BP have their eye on the 2012 presidential election.  It seems obvious that President Obama’s team would like to get a trial underway – or a negotiated settlement concluded – before the election, and just as obvious that BP might be hoping for a different presidential administration to deal with in 2013.

A completely separate oil spill restoration funding stream from BP Deepwater Horizon is being derived from the Natural Resources Damages Act.  A $1 billion down payment for NRDA violations was announced on April 20, 2011, the spill’s first anniversary.  These Natural Resource Damages (NRD) funds have been allocated this way:

Eight Gulf ecosystem “early restoration” projects in four states totaling almost $60 million are underway since their December 2011 announcement and are being paid for out of the above $1 billion in NRD funds.  Another round of NRD expenditures in all five states is expected by July.

Although the specifics are still being fleshed out, we know definitively that a significant amount of money will be allocated to restoration activities in the Gulf and surrounding areas.  We believe that putting in place a decision-making apparatus at this early stage will improve the overall efficiency of how the money is spent.  Our nation has experience dealing with oil spills and we should build upon that experience when dealing with this current challenge in order to maximize the return on investment.  The science around restoration projects has improved greatly over the last quarter century and those lessons learned should be brought to bear in this current instance.  Our goal is to begin this dialogue early so that when the exact contours of the funding mechanism are decided, we can hit the ground running.

The Horinko Group will continue to track any and all developments and keep our readership engaged as we learn more.