No Matter the Cost: Yields Aren’t the Only Thing that Matters When it Comes to Growing Food

No Matter the Cost: Yields Aren’t the Only Thing that Matters When it Comes to Growing Food 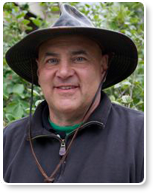 It is estimated that by 2050 the global population will have grown 40 percent. These projected 9 billion people provide the urgency for Big Ag’s bigger, faster, better push. Companies that stand to profit from a chaotic rush to growing more food faster in the short term are doing so at the expense of the very earth, air and water on which our food depends. Synthetic fertilizers have allowed us to ignore our degraded soils, toxic pesticides have poisoned our water, and human and environmental health has suffered.

There are farmers, ranchers, citizens and families growing an organic future that will nourish and sustain generations to come. A future built upon rich, healthy soil and into which we can sink our roots. But they’ve been and continue to be denigrated for their choices. Early-on, the trend was to attack the quality of organically-grown food—bug-eaten lettuce and scabby apples. In just 20 years, the criticism was the polar opposite—that organic food was gourmet and only for the rich.

The latest “feed the world” scare tactic has been a really good way for Big Ag folks to shut down any argument for an agricultural path other than the one they promote. And we’re now seeing it repeated verbatim over the dining room table, across the kitchen counter and in the grocery store aisles as a fact.

When friends, family members or total strangers tell you we need super-chemicals and GMOs to feed the world, remember:

In our 30-year research trial at Rodale Institute we found that for corn and soybeans organic yields matched conventional yields, organic outperformed conventional in years of drought, and that organic farming systems built rather than depleted soil organic matter, used 45% less energy and was more efficient. Organic fields were more profitable than conventional and, while conventional growers are battling herbicide-resistant superweeds with bigger, bad-er chemicals, the organic crops held their own against weeds producing just as much food as the conventional fields without the assistance of herbicide.

Instead of asking “how do we feed the world”, we should be asking “how can we help the world feed itself.” Even in the face of a rising global population, organic techniques provide a more secure, more stable and more sustainable food system. According to a global study produced by the United Nations World Food and Agriculture Organization, a food production system based on organic principles is the only hope the world has. We like to say, “Organic has the strength to not only feed the world, but feed the world well.”