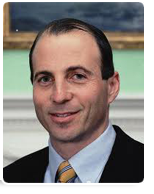 We live in a world where an estimated 1.2 billion people live in areas that are chronically short of water. The United Nations predicts that by 2025, two-thirds of the world’s population could be living under water stressed conditions.1 Fortunately, we can take steps to help address water scarcity, and an important one of those steps is to increase water reuse.

By increasing water reuse, both governments and businesses can help insulate themselves against impacts of water scarcity. Many governments are already taking steps to promote greater reuse. For example, countries as diverse as Singapore, Australia, Israel and Saudi Arabia have all either implemented national reuse programs or established aspirational reuse goals. Governments are also promoting reuse by raising awareness of the realities of water scarcity, making reuse requirements easier to meet, offering incentives through subsidies or pricing, and expanding regulations requiring reuse.

But governments aren’t alone in taking action. Businesses are also increasingly focusing on water reuse as a way to guard against higher costs or diminished supply that could impact profitability or disrupt operations.

Recognizing this trend, the WateReuse Association recently created a new committee focused on Industrial Reuse (the Industrial Reuse Committee, or the IRC), which I co-chair together with Eric Rosenblum, the CEO of Envirospectives, Inc.. Even though it’s a new committee, the IRC already has more than 60 members representing a broad cross-section of industrial players and government agencies.

At present, the IRC is focused on five major areas:

The final area – advocating for tax incentives – is particularly important, because it will drive greater private investment in reuse, which will not only position businesses to succeed in a world that is more and more water constrained all the time, but will also reduce pressure on already stressed municipal water supplies. So it’s not really surprising that this is an area of intense interest on the part of Industrial Reuse Committee members.

At present, the IRC is supporting two major initiatives here in the United States. The first initiative would lift the cap on private activity bonds (PABs) for water and wastewater projects, including water reuse. Bipartisan legislation to lift this cap has been introduced in both the House and Senate with a broad range of support. The House bill, H.R. 1802, has over 60 cosponsors. According to at least one study, lifting the cap on PABs will generate annually $5 billion in private capital investment, create and support over 142,500 jobs and generate billions in tax revenue at the federal, state and local level.

Congress controls the total volume of tax-exempt bonds by capping issuance in each state. Unfortunately, financing for water infrastructure is hindered when water and wastewater projects are included in the annual per state volume cap, as they are mostly multi-year projects that lose out to single-year projects that are a better fit under the annual volume cap of the PAB program.

The second initiative that the IRC is supporting is a tax incentive for industry to implement projects that will result in greater recycling/reuse of water. A number of countries around the world have enacted incentives to encourage more reuse. Singapore, for example, has created a Water Efficiency Fund that provides up to 50% of the capital cost of water recycling facilities. To the extent that incentives exist in the United States, they tend to be at the local level. So we are working with several members of Congress on creating a legislative measure that would provide a federal incentive here in the United States.

The bottom line is that Investing in reuse will position businesses and governments to succeed in a water-constrained world.