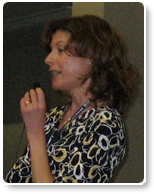 Ten years ago, Congress enacted the Small Business Liability Relief and Funding Act, commonly known as the “Brownfields” law. Widely regarded as the landmark environmental legislative accomplishment of the last decade, the Brownfields law has revolutionized the way in which cleanup and reuse of contaminated property is conducted.

The program has its roots in the early 1990’s when a series of court cases concerning the potential Superfund liability of lenders caused capital to flee the urban marketplace. Watching the troubles that a lack of jobs and investment caused, as typified by the historic riots of 1992 in South Central Los Angeles, EPA began exploring whether the Agency might launch a partnership with the Department of Housing and Urban Development to bring hope and opportunity to the nation’s urban core.

Initially, the Agency proposed three pilot projects to develop methods for encouraging site assessments at lightly contaminated sites, and seek job-training opportunities for economically disadvantaged community members. The success of the initial three pilot projects led the Agency to expand the program. The first-ever Brownfields conference was held in 1994 in Kansas City, with an attendance of 400.

Subsequent rounds of pilot projects were also a success, and led to new collaborations with groups that traditionally rejected EPA involvement in their affairs such as real estate developers, lenders, and the regulated community. In addition, other groups (including educational institutions, local governments, and public health/environmental justice nonprofits) began to realize the value in cooperative participation.

Driven by the Agency’s first Brownfields Action Agenda, EPA’s other cleanup programs began launching several rounds of regulatory and policy reforms to streamline cleanup and reuse of property. Notably, the Superfund program offered relief to prospective purchasers through legal agreements that provided liability relief; “archived” sites that did not meet the criteria for Superfund listing so as to remove any potential stigma; and expedited “cashing out” of certain small entities so as to reduce transaction costs.

As these administrative changes progressed, momentum began building for legislative changes that would institutionalize these concepts and provide dedicated funding for EPA’s efforts. In 2000, the Brownfields Redevelopment Initiative received the Innovations in American Government Award from Harvard University’s Kennedy School. In 2002, Congress finally achieved these goals by enacting the historic Brownfields statute.

In the ten years following Brownfields’ enactment, the law has spurred further growth and redevelopment. In October 2002, EPA announced the Land Revitalization Initiative, which sought to incorporate the notion that reusing contaminated properties could make cleanups faster and foster community involvement. The law’s liability relief improved the pace of cleanup and reuse by “wholesaling” the site-specific tools such as prospective purchaser agreements and small business liability protections.

Important parts of the law have been smoothly implemented. EPA completed its negotiated rulemaking on the definition of “all appropriate inquiry,” which defines the necessary due diligence to quality landowners, lenders, or developers for liability relief. Administrative procedures for expanding grant and revolving loan funds and providing tax incentives have been set in place. Most critically, public support for the program has significantly expanded. The most recent Brownfields conference in April 2011 hosted over 7,000 participants – an amazing statistic at a time when both the economy and the real estate market were at an all-time low.

Today, the program is evolving by exploring new policy and partnership opportunities. For example, this year EPA announced the availability of “area-wide” pilot programs, uniting cleanup, redevelopment, and community-wide planning efforts to achieve economies of scale. The traditional Brownfields job training program is transitioning to environmental workforce training, leveraging resources across the government to provide the skills and tools needed to service many sectors of the economy.

“Green remediation” is also trending across the country, taking into account the social, economic, and environmental aspects of a cleanup when choosing a practical approach. While providing that each statute’s cleanup mandates are met, this concept can ensure that it is done so in a sustainable manner, conserving energy, and preventing unnecessary collateral damaged.

Urban agriculture is a new sector for brownfields focus. While some type of “built” environment is typically planned for the reuse, the concept of locally grown crops in urban areas presents unique considerations for developers and small businesses.

Finally, clean energy represents an important growth opportunity. Many sites became contaminated because they were located ideally for industrial activities, near transportation hubs and the power grid. Reusing abandoned mines as wind farms or former gas stations as biofuels digesters makes tremendous sense from both an economic and environmental/land use perspective.

Twenty years ago, no one could have foreseen that all of this progress could have been recorded, much less out of the ashes of tragedy and hopelessness in the nation’s urban core. As the Brownfields program matures, the next ten years are sure to embody the spirit of collaborative partnerships and free-market environmentalism that are the hallmark of its innovation.


Special thanks to former EPA colleagues Charlie Bartsch and Marjorie Buckholtz for their shared insights into this subject area.