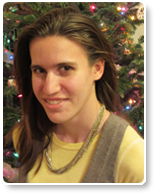 In mid-December 2011, the Environmental Protection Agency released a draft report entitled Investigations of Ground Water Contamination near Pavillion, WY, which discussed the potential impacts of hydraulic fracturing on nearby groundwater supplies. The case study is part of EPA’s larger national study on hydraulic fracturing.

Hydraulic fracturing, or “fracking,” is a method being used to extract natural gas or oil from unconventional sources, such as rocks. A mixture of water, chemicals, and sand is pumped at high pressures into wells under the rocks until the surface cracks. The cracks then allow the gas or oil to enter the wells and be collected easily. Fracking has generated significant controversy in recent years. The new process has given energy industries access to large amounts of natural gas that were previously unable to be reached, creating a small economic boom. On the other hand, environmentalists and people living in communities near fracking sites have grown increasingly worried about the negative environmental and health impacts of fracking.

In its Fiscal Year 2010 budget report, the House Appropriation Conference Committee identified a need for a national study of hydraulic fracturing, which was then undertaken by the EPA. Although EPA already had several existing fracking projects, including the Pavillion, WY study, which began in 2008, it saw the need to establish a large project to better understand the relationship between fracking and drinking water resources.

EPA announced its intent to create a study in March of 2010, following the request from Congress. Work began with a series of meetings across the country to receive input from states, industry, environmental and public health groups, and individuals on a plan for the study. A draft study plan was released in February 2011, and was sent to a Science Advisory Board for review. The Science Advisory Board (SAB), an independent panel of scientists, was to review the plan and make sure it was of sound scientific method. Following the SAB review, the final EPA Hydraulic Fracturing Study Plan was released in early November 2011.

According to the final plan, the study will aim to answer five fundamental questions:

In order to answer these questions, EPA plans to use existing data from fracking companies and well operators, retrospective case studies in current fracking areas that have already expressed concern about their drinking water, prospective case studies in areas where fracking will begin during the study, generalized scenario evaluations to model hypothetical fracking scenarios, laboratory studies that parallel the case studies, and toxicological assessments of specific chemicals used in the fracking process.

While the first official report of the study is not planned to be released until late 2012 with the final case study reports not available until 2014, data from current EPA projects such as the Pavillion, WY study are already providing EPA with valuable information. In the Pavillion well samples, researchers found significant traces of several chemicals used by the fracking companies nearby, and the Department of Health and Human Services has already released several recommended precautionary steps for affected well owners to take.

Over the next few years, the EPA study should provide some useful and much needed insight into the long-term effects of hydraulic fracturing processes. Natural gas has become an important clean energy source, but with all the uncertainty surrounding fracking, groups have increasingly questioned just how “clean” natural gas actually is. It is refreshing to see the administration taking this necessary step to ensure our ability to continue using natural gas as a major energy source in the future.