Time To Invest In A Sustainable River System

Time To Invest In A Sustainable River System

As contributed to the Memphis Commercial Appeal 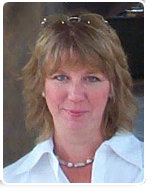 The historic Mississippi River flood of 2011 is still rolling south, leaving untold private tragedies and colossal economic damage in its expansive wake. The final cost is not yet known, but previous floods on the Mississippi that made the record books, such as the one in 1993, cost as much as $15 billion. Those recovery costs do not include the billions taxpayers spend to maintain an extensive network of federal levees, floodwalls and other river-control systems that were designed to save lives and property, but which also destroy wildlife habitat and contribute to catastrophic floods like the one this year.

We cannot afford to keep doing it this way. It’s time to spend our money wisely and invest in a sustainable river system that meets the needs of communities, industry and the environment.

The natural floodplain of the middle Mississippi River (from St. Louis to Cairo, Ill.) spans about 550,000 acres, but 355,000 of those acres (65 percent) are now behind levees. Controversial as it was, the decision to breach the Bird Point Levee in Missouri proved that giving 130,000 acres back to the floodplain significantly reduces upstream flooding and relieves pressure on downstream infrastructure. It came at a high cost, but the floodway worked as intended, mimicking a natural floodplain by adding flood storage capacity.

But the river is not just an elaborate plumbing system. The Mississippi Flyway is used by 60 percent of North America’s migratory birds, and the river corridor is home to numerous threatened and endangered species. A better way to reduce the impact of flooding while also protecting vital habitat is to selectively reconnect frequently flooded areas to the river and restore those areas to a more natural state.

Those efforts are already under way. For example, the American Land Conservancy has been returning land to the floodplain along the Mississippi since the flood of 1993. Many of those acres are underwater now, and we will not have to pay to mitigate them this time around. When not underwater, those acres also provide vital habitat, absorb carbon, lessen runoff, improve water quality, reduce hypoxic areas in the Gulf of Mexico (those with dangerously low concentrations of oxygen) and provide outdoor recreation opportunities.

But the stark reality is that significantly more acres need to be converted if we are to have a meaningful impact on catastrophic flooding.

And we must. Floods are becoming more frequent, more severe and more costly. Across the vast expanse of watersheds feeding the Mississippi — 1.25 million square miles over 31 states — the amount of “very heavy precipitation” has increased over the past 50 years, in some areas by as much as 67 percent. Runoff has also increased, as all that rain and snow is falling on a lot more pavement and buildings than it used to. As a result, hundred-year floods occur every few years. Two five-hundred year floods have occurred in the Mississippi watershed just in the last five years — in Cedar Rapids, Iowa, in 2008 and Nashville in 2010. We can no more send the rain and snow back into the clouds than we can push the water back into the river banks. The floods will keep coming.

We now understand that the ability of the Mississippi floodplain to absorb, store and slow floodwaters was severely compromised over the last century when the wetlands, lakes, forests and vegetation along its banks were removed for agriculture and the extensive system of levees was constructed. Today those levees protect vital communities and some of the nation’s most productive cropland. They also facilitate the movement of hundreds of millions of tons of commodities on the river each year. The good news is we do not have to lose those benefits if we make the river more sustainable.

Floodplain restoration plans have existed for decades. It’s time to ramp up those plans with the funding and attention they have long deserved. We already pay for rebuilding and recovery. Why not also invest in resilience?

This flood is not over and people are still hurting. Our hearts go out to those in harm’s way, and we commend everyone who has worked to protect lives and property. But after we help those in need, our immediate task is to ensure that this time we get it right. A sustainable river is not just possible, it’s essential.