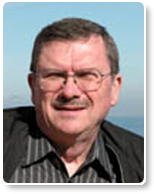 Certainly climate change is one of the hot button issues of our time. Recognizing this, the American Water Resources Association’s (AWRA) Spring Specialty Conference addressed climate change, but in a different way than other conferences on the subject. Many conferences have attempted to determine whether climate change is part of a natural cycle, whether it is occurring as a result of increased carbon dioxide emissions, or whether it is a combination of the natural cycle and the emissions.

The AWRA Conference held in Baltimore, MD, April 18-20, 2011, began with the premise that climate change, whatever its cause, is real, and because it is real, its impacts on water resources must be anticipated and managed in order to minimize their potential impacts on America’s population and economy. Therefore, the focus of this conference was on adaption issues, options, and strategies to manage climate change impacts on water resources.

Following opening remarks by AWRA President, Michael E. Campana, the conference plenary session was keynoted by Steven L. Stockton, Director of Civil Works of the U. S. Army Corps of Engineers, one of the federal agencies responsible for managing climate change impacts on water resources. Mr. Stockton described not only the multiple challenges that his agency faces but also detailed some of the work underway to mitigate the affects of sea level changes on Corps facilities.

Following Mr. Stockton, a Plenary Panel moderated by Gerald E. Galloway of the University of Maryland included federal, state, local and industry representatives who gave their perspectives on adaptation and strategies either in planning stages or actually underway. For example, strategies have been developed using decision analysis frameworks to address sea level rise and to address effects of changes in precipitation patterns and increased temperatures on water resources, human health, agriculture, existing infrastructure, and ecosystems.

Several presentations included the use of models to predict a variety of time-related climate change scenarios including sustainability of water demands. The water-energy nexus came under discussion in talks related to hydroelectric operations and planning for the uncertainty related to climate change. Integrated water resources management and adaptive management were cited by many presenters as extremely important in the light of the unpredictability of climate change impacts. Finally, agricultural, urban and industrial water demand in times of climatic change and preparation for climate extremes were discussed and scenarios presented. The need to involve stakeholders in participatory decision-support processes was stressed by several speakers.

Conference attendees were treated to a presentation by Jamie Workman, a Reporter and Consultant from San Francisco, and author of “Heart of Dryness.” He spoke about his several years of working with Kalahari Desert bushmen to adapt to water scarcity and climate change, and, based on what he had learned from the bushmen, developing incentive-driven strategies including water trading and energy credits.

Two hundred twenty-three attendees came away from the conference with enhanced understandings of decision making during times of greater uncertainty, and the need for developing highly flexible and robust adaptive management strategies that will respond quickly and efficiently to the inevitable climate change faced by the United States and worldwide.

Dick Engberg is Technical Director of the American Water Resources Association, Middleburg, VA. He is a hydrologist with more than 45 years of experience including 26 years with the U. S. Geological Survey, and 10 years as Manager of the National Irrigation Water Quality Program of the Department of the Interior, Washington, D.C.