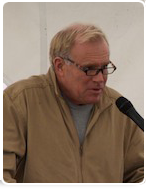 I recently attended a public meeting concerning the Great Lakes and Mississippi River Interbasin Study. During the meeting stakeholders were informed the study would take four years. We will not see a final report until 2015.

Invasive species are a contagion, which appropriately concern numerous organizations, elected officials and the general public. We are told that invasives present a real threat to sustaining the natural capital of two nationally significant and iconic freshwater resources, the Great Lakes and the Mississippi River systems. This is nothing new. The issue of invasives is a matter of public record. Federal and State biologists have been studying, reporting, and debating this matter for decades.

Now that this concern has taken on a new sense of urgency due to public outcry, politicians are identifying advantages to hydrologic separation between these two systems. Why, then, are we now being told that there is a necessity for four more years of paying salaries, attending meetings, performing studies, and planning before decisions can be made? How is it that after years of monitoring, regulatory coordination, and debated conservation strategies that we aren’t in a better position to mobilize with an incremental adaptive management approach? Isn’t it time for action?

I do not fault the program managers. They are institutionally ingrained to adhere to existing policy and process, and there seems to be too little incentive for innovation or efficiency. Our tax dollars have been carrying public sector program managers, engineers, scientists, and regulators for too many years for us to be in no better position than we find ourselves today. When you closely examine the real social costs of too much of what has happened in the name of economic progress on these two systems you realize that all the study and analyses that got us those developments didn’t account for much. I would argue that all the studies and analyses that have guided too many environmental restoration strategies and projects haven’t effectively informed outputs either. Too many outputs have not proven scalable, replicable, or even qualified as valid system restoration. As taxpayers, we should be better consumers and demand results for our dollars.

So many troubling uncertainties. Why would we think that four more years of head scratching is going to position us to arrive at the right solution? What sea change in thinking has occurred that will reverse the all too common piece-mealed effort that has been the hallmark of past practice? What leads us to believe lessons learned that should have us testing past assumptions and inefficiencies are going to create a course correction that commits us to a new way ahead that expects and realizes results driven success? Are these same practitioners capable of undertaking an effective, incremental adaptive management approach? Do existing policy and practice even promote system thinking?

Let’s commit to measurable results and spending limited financial resources more wisely. This time around, let’s “cap” the percentage of requested funds spent indirectly for salaries, overhead, and studies and thereby forces new practices that more quickly and flexibly produce tangible outputs on the ground. Then, let’s measure the performance of those outputs and adjust accordingly employing a reflective approach based on real responses to incremental outputs where informed management adjustments can be made based on real in situ observation, not based on more speculation and extrapolation. Let’s break the cycle of foot dragging and spit balling.

Looking at past federal environmental restoration programs, I suspect you will find 60% of taxpayers dollars spent on study and analysis, followed by over design. On this effort let’s agree to: 1) cap those expenditures at 35% for starters; and 2) produce a report in 18 months not four years.

We can begin tomorrow acting with purpose to solve this invasive problem. Let’s have the political will to focus on results and only results. Let’s demand greater accountability. Yes, this will put people to work but let’s do better. Let’s not create a jobs program; let’s create a results program.