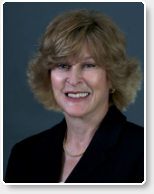 In two contradictory decisions announced within the space of ten days – both relating to the polar bear, climate change, and the Endangered Species Act – the Obama Administration has managed to anger parties across the political spectrum and create uncertainties about the implications of its actions and the resulting state of the law.

On April 28, Interior and Commerce Secretaries Salazar and Locke announced their rescission of a December 2008 Bush administration final rule modifying requirements for the consultation process under section 7 of the Endangered Species Act (ESA). But in contrast to this decision, the Obama administration decided to uphold a companion December 2008 “special polar bear rule,” which specifically limited consideration in ESA consultations of adverse effects from actions outside the bear’s normal habitat, including CO2 climate impacts from facilities thousands of miles away.

The Endangered Species Act and the Consultation Quagmire
The ESA, enacted in 1973, is often cited as a prime example of federal environmental statutes that were intended for other purposes but have become enmeshed in the U.S. climate change debate. Under the original consultation rule, agencies that grant permits or take other federal action affecting listed species must consult with the relevant “service agency” – either the Fish and Wildlife Service (FWS) or the National Marine Fisheries Service (NMFS), depending on the species – under ESA section 7 to ensure that the action does not jeopardize the species or result in the destruction or adverse modification of its critical habitat.

If a species is listed because of climate-change related factors, as in the case of certain corals and polar bears, any federal “action” that adds more CO2 to the atmosphere arguably makes it harder for that species to survive and recover. Such circumstances raise an important question: Can an action agency conclude that the CO2 emissions from a new power plant, manufacturing facility, road-building project – or even a new hospital, a school, or additions to the federal vehicle fleet – would have “no effect” on a threatened or endangered species, as the courts have interpreted that term?

Avoiding a Regulatory Nightmare
Although the 2006 listing of elkhorn and staghorn corals for, among other reasons, climate change related factors, had already set the issue in motion, that listing was little noticed. The May 2008 polar bear listing, however, shone a spotlight on the matter. At the time, the Washington Post noted the problem, arguing that if the ESA were to be “used as a backdoor way to regulate greenhouse gas emissions,” the outcome would be “a potential regulatory nightmare.”

To address this concern, the Bush administration’s ESA rule modification authorized action agencies to make consultation determinations without involving FWS or NMFS in circumstances where no take was anticipated and the effects of the action were “manifested through global processes” and “cannot be reliably predicted or measured” at the individual species scale, “would result at most in an extremely small, insignificant impact,” or would pose a “remote” potential risk of harm. Reacting sharply, environmental groups characterized the rule as “lethal,” saying that allowing action agencies to make such a determination on their own – notwithstanding the threat of judicial review – would “eviscerate the Endangered Species Act process.”

Perhaps as a belt-and-suspenders move, in the contemporaneous special polar bear rule, the Bush administration explicitly addressed attempts to link climate change to ESA consultations for that species, effectively ending consultations for impacts potentially caused by global carbon emissions. Critics felt it “falsely asserted that there was no direct link between specific greenhouse gas emissions and the decline in the polar bear’s habitat,” while others not only disagreed with excluding CO2 emissions, but also feared the “blanket exemption” in the rule would additionally exempt more conventional sources of contaminants that could negatively affect polar bears, such as oil and gas drilling.

The April-May Decisions and Their Aftermath
The Obama administration’s decision to rescind the 2008 consultation rule modification was hailed by environmental groups like the Center for Biological Diversity as a “huge victory in favor of sound science and common sense,” while homebuilders and other industry groups denounced the move as adding to confusion about the role of climate change factors in ESA determinations. At the same time, the Center’s spokesman cautioned, “it’s only half the pie,” citing the special polar bear rule, which restricted consideration of greenhouse gas and other factors outside the bears’ current range.

But on May 8, despite receiving letters signed by 41 House members, 130 environmental groups, 1000 scientists, and 53 law professors, all urging rejection of the special polar bear rule, Secretary Salazar declared he would keep it in place. At a minimum, these opposite-leaning actions have left ambiguity in their wake, and a closer analysis suggests the results are not what the Administration hoped to achieve.

With such intense objection to both rules, the Administration’s decision to revoke the consultation rule came as no surprise, but Secretary Salazar’s retention of the special polar bear rule sent shock waves: “‛Salazar’s decision today is a gift to Big Oil and an affirmation of the pro-industry/anti-environmental policies of the Bush Administration,’ said [Center for Biological Diversity’s Noah] Greenwald. Even more tellingly, the environmental groups’ reactions pointed out the inconsistency: “‛It makes little sense for Salazar to rescind Bush’s national policy barring consideration of global warming impacts to endangered species in general, but keep that exact policy in place for the one species most endangered by global warming – the polar bear,’ said Greenwald.”

Secretary Salazar’s press release explained his reasoning for retaining the special polar bear rule: “[T]he Endangered Species Act is not the proper mechanism for controlling our nation’s carbon emissions. Instead, we need a comprehensive energy and climate strategy that curbs climate change and its impacts – including the loss of sea ice.” Ironically, Secretary Kempthorne said virtually the same thing one year earlier: “Listing the polar bear as threatened can reduce avoidable losses of polar bears. But it should not open the door to use the ESA to regulate greenhouse gas emissions from automobiles, power plants, and other sources. That would be a wholly inappropriate use of the Endangered Species Act.”

Conclusion
Regardless of this concurrence on intentions, the net result of the April-May determinations is the limitation on consideration of greenhouse gases in consultations relating to polar bears, but not with regard to other species listed because of climate change factors, such as elkhorn and staghorn corals and the black abalone. The ESA has long been notorious as a litigation magnet, and this recent split decision does not appear to have hindered the ability of those who see it as a useful tool for advancing larger climate change policy objectives, targeting unwelcome CO2 emitting facilities and projects wherever they may be located.

This column was adapted from a Working Paper written by the author, appearing in the Washington Legal Foundation’s Critical Legal Issues Series (Number 166, July 2009). Please click here for a PDF of the original paper.

The material in this publication was created as of the date set forth above and is based on laws, court decisions, administrative rulings and congressional materials that existed at that time, and should not be construed as legal advice or legal opinions on specific facts. The information in this publication is not intended to create, and the transmission and receipt of it does not constitute, a lawyer-client relationship.