A Return To Activist Government… Or Is It?

A Return To Activist Government… Or Is It? 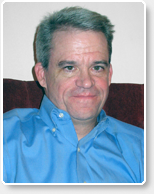 Authored by: Chris Kearney, Former Deputy Assistant Secretary for Policy and International Affairs and Senior Advisor to the Deputy Secretary, Department of the Interior

President Barrack Obama has been in office for about six months. He stands for election in approximately 40 months. Therefore, while definitive observations at this point are tenuous at best, there are some important early indicators of how the President and his team approach governing in the environmental arena, and what that may mean for the future.

I will take these indicators in turn: its views toward partnerships in meeting environmental challenges; appointments to key positions; the extent to which the previous administration’s policies are reversed or continued; and the keeping, or breaking, of campaign promises.

Let’s begin with the administration’s view of partnerships. As in so many areas, the President has been articulate and passionate about his concern for the environment and the need to address the many challenges facing our nation. Specifically, he has spoken eloquently about the matter of our changing climate and efforts to improve the air we breathe and the water we drink.

In so doing however, it is not what he has said that is noteworthy, but rather its what he and his appointees have not said. Frequently, the nature of comments made in announcing decisions has been decidedly “government knows best.” The failure to recognize and support a partnership approach to addressing the nation’s environmental concerns —  a common practice in many quarters for years —  is striking and unfortunate.

Collaborative efforts, which frequently involve federal and state governments, invidual citizens, non-profts, and the private sector, have become critical to enhancing the government’s ability to meet environmental obligations and objectives. Deemphasizing the partnership aspect of federal actions sends an unfortunate message to the diverse array of individuals and organizations involved. In short, words — or the absence there of — matter. However, the effect of a deemphasis on partnerships goes beyond words.

A second indicator of the President’s approach thus far is revealed through his political appointments. A review of the key positions filled, as well as pending nominees, generally reflects a mix of academia, lawyers, veterans of the Clinton Administration, and current and past career employees. Here again — recognizing several vacancies are still looming — it is what is missing that is striking. The lack of representatives from the communities the agencies impact is problematic and disappointing (e.g. business representatives, ranchers, commercial fishing community).  Such appointments may be a product of the rhetoric of the campaign, but that time has passed. The business of governing is at hand and appointees should more fully reflect that fact.

A third early indication relates to policy proposals and actions taken relative to the previous administration. On this front, it has been a “mixed bag.” – no clear indication one way or another.  In several key areas (e.g. environment, climate, agriculture, and natural resources), the administration has upheld the previous one on some (Interior’s Polar bear rule), modified others (EPA ruling on mountaintop mining permits), pushed forward on others previously held up  (EPA’s climate endangerment finding), directed that others get further study (Forest Service’s Roadless Rule), and reversed others (EPA’s definition of solid waste as it relates to RCRA and the Department of Energy’s action on FutureGen).

On many other topics, we have yet to see an indication of how the administration will proceed. Examples range from environmental matters related to international trade agreements to ocean and coastal related activities, with scores in between.

Finally, there is the question of how this President will fully adjust to moving from the “poetry” of a campaign to the “prose” of governing, as a Democrat pollster so eloquently put it recently. Past administrations have been accused of never getting out of campaign mode. Will the Obama Administration suffer the same fate?

In the coming months and years, the President and his appointees will be confronted constantly by the complexities and vagaries that is Washington, DC decision making:  limited resources (staff and dollars); statutory mandates; court ordered requirements; pressure from agency constituency groups; the strong views of many voices in Congress; the glare of media attention; anonymous information leaks from within the agencies, the pressure to meet campaign promises, likely plans for reelection, and the list goes on. In addition, they will make countless decisions never envisioned in the campaign and indeed, never contemplated when many assumed their positions.

The chapters of the book that will become the administration’s environmental record are just beginning to be written. Might that record resemble the period when some the most sweeping environmental laws were passed  — and  still govern this nation —  and EPA was created, as it in the 1970s? Or will it look more like that of the incremental era of the 1990s? Or will it be the dawn of a new and fundamentally unique era?

Stayed tuned. It’s going to be an interesting few years.