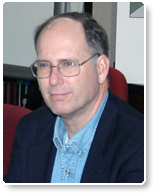 In a little-noticed section of the massive 2007 Army Corps of Engineers water project authorization bill, Congress mandated that the Army revise the Reagan-era “Economic and Environmental Principles and Guidelines for Water and Related Land Resources Implementation Studies” (surely a title only a bureaucrat could love!), which had governed federal water project planning for 24 years.  The mandate gave the Army two years to do the job.

So, what are the “Principles and Guidelines?”  Produced in 1983 by the now-defunct US Water Resources Council, a cabinet-level interagency group chaired at the time by Interior Secretary James Watt, the Principles and Guidelines essentially tell federal water project planners what to do.  They set out what types of plans to produce, and how to choose among competing alternatives to recommend projects that address water resource needs.

The “P & G” is the water project planner’s most fundamental reference.  Any time a new reservoir, levee, or navigation project is being planned, the P & G come into play.  They tell the planner how to define the federal interest in the project and how the federal interest is distinguished from the local interest.  They also tell the planner exactly how to measure project outputs against costs to arrive at a recommendation for federal funding.

By the late 1990s the limitations of this approach were apparent to many observers.  Starting with the movement to restore the Florida Everglades, more and more people were advocating for a federal role in environmental restoration, especially in areas where federal projects had themselves altered natural systems and led to outcomes their designers had not anticipated or planned for.  Congress began to authorize the Corps of Engineers to undertake planning and construction of projects specifically designed to improve the environmental performance of aquatic ecosystems.

Since they don’t have economic development outputs, these projects could not be analyzed using the 1983 P & G.  Federal planners were forced to operate under a blanket exception to policy, and develop new measurement schemes to compare costs and benefits of ecosystem restoration projects.  Even today, these new schemes are a work in progress, and there is no well-defined concept available for assessing the environmental benefits of alternatives for ecosystem restoration projects.  This translates into massive uncertainty about what kind of projects will be approved for federal funding.

Congress addressed this problem in the Water Resources Development Act of 2007.  The Act directed the Secretary of the Army to revise the principles and guidelines, with the restoration of the functions of natural systems among the appropriate purposes for federal water resources projects.  Since these revisions are to be issued by the Secretary of the Army they will be applicable only to the Corps of Engineers.  The multi-agency Water Resources Council that issued the 1983 P & G still exists on paper, but has no budget and no staff.  However, the President may decide to go beyond the terms of the Congressional mandate and produce revisions applicable to all federal executive agencies by executive order.  Even if the revisions formally apply only to Corps projects (representing about $2 Billion annually in construction) they could still be referenced by other federal agencies.

In 2008, the Bush administration decided to commence the revision process, understanding that it could not be completed before the new presidential administration took over.  The idea was to lay the groundwork for the revisions that the new administration could build upon and thus have some hope of meeting the deadline set in the Act, November 2009.  A draft version of the Principles section of the revised P & G was published in the Federal Register in September 2008.

There remain a number of key questions that must be answered before the revisions can be finalized.  Answers to these questions will determine the direction of hundreds of millions of dollars in federal construction funding.

Most fundamental is the question of how to define the federal interest – how to tell the difference between those projects that the federal government should undertake and those that should be a local or state responsibility.  The inventory of authorized but unfunded federal water projects is already very large.  Unless we take the view that all aquatic ecosystems are necessarily federal responsibilities, the revised P & G will have to define some threshold to sort the federal from the local.

Yet another controversial question is whether planners should be constrained to consider federal budgetary considerations in formulating project recommendations.  The president’s budget for civil works projects in recent years has generally provided construction funding only to projects with the highest cost-benefit ratios, in an effort to maximize the impact of federal investment in water infrastructure.   Federal budget planners are concerned that unreasonable expectations are created when projects with little prospect for funding in the short run are recommended to Congress for authorization.  Project planners, on the other hand, argue that formulation of project recommendations is a separate function from the annual federal budget deliberations, and that constraints on project formulation unnecessarily limit the range of options available for budget consideration in any given year.

The answers to these questions (and many others) will dictate the course of federal water policy for a generation.  Revision of the P & G affords the most far-reaching opportunity in many years to influence how the nation addresses its water resource development challenges.  So far, the new administration has not given many clues as to where it plans to take water project policy.  Will policymakers seize this opportunity to revolutionize federal water policy and set the stage for a new era of federal investment in sustainable water resource development?

Only time will tell – but time is in short supply.  To meet the Congressional deadline, the Army will have to complete the revision process by November of this year.   Everyone interested in the future direction of federal water policies should take note and be prepared to weigh in on short notice.