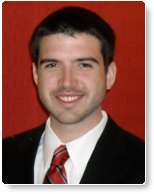 In the face of dwindling consumer confidence, continued business retrenchment, and a banking sector on life support, President Obama’s plans for a cap and trade system by 2012 are bold. The U.S. faces financial ruin today, while the phenomenon of climate change remains largely a threat of tomorrow. Nevertheless, once the economy recovers, slowing the effects of climate change should be a high priority for the administration.

Without major reductions in greenhouse gases, climate change will intensify major weather patterns, disrupt the global food supply, and raise sea levels enough to threaten dozens of major cities. A cap and trade system, as outlined by the Obama administration, would force large-scale emitters to buy permits for the right to emit greenhouse gases, thereby providing the government with the ability to control total emissions.

The permits would be re-sellable, allowing companies that face the highest retrofitting costs to buy extra permits from companies able to reform at lower costs. The newly created market for permits would ensure that the most cost-effective reduction measures available are implemented first.

The cap and trade system will bring in $646 billion of revenue through 2019, according to the President’s budget. Annual government revenues will steadily increase thereafter, and eventually top $100 billion, as regulators gradually reduce the supply of permits available. By 2050, the system would reduce emissions to 83% below 2005 levels.

The provision to sell permits to major emitters, instead of giving them away without charge, is crucial. Free permits reward a history of profligate emissions, while auctions place the strongest incentives to mitigate or sequester carbon squarely on the largest sources. The challenge will be ensuring that Congress, which is responsible for final passage of the system, retains a strong provision for auctions.

The cap and trade system will effectively tax carbon-emitting activities, thereby discouraging them. A large portion of the tax will be passed onto households and businesses. Energy and transportation fuel prices will rise as energy producers pursue greener but more expensive alternatives. The research firm Point Carbon estimates the system would increase electricity rates by 7% on average, with higher costs in coal-dependent states. This tax in disguise can be justified not only by the higher costs that climate change would impose, but also by its palliative fiscal effect.

Alongside climate change, the U.S. faces a long-term fiscal crisis due to global trade imbalances, growing entitlement requirements, and the rising costs of fixing the banking sector. The national debt will reach $11 trillion shortly, over two-thirds of the U.S. annual gross domestic product. Foreign investors hold over a quarter of U.S. debt, double the share recorded in 1983, and two-thirds of foreign debt is held by central governments. A national debt out of control could set the stage for foreign flight from the dollar, rising interest rates, and sharp currency devaluation.

In order to control the debt in the medium term, spending must be cut or government revenues must increase. President Obama’s first move to address growing budgetary concerns will be to roll back recent income tax cuts for the top 2% of earners and raise the capital gains tax to 20% by 2011. However, the nation’s books cannot be balanced on the backs of the wealthy alone. This presents an important question: which additional economic activities should be taxed?

On this question, economists as liberal as Princeton’s Paul Krugman and as conservative as Harvard’s Greg Mankiw agree: taxes should be levied on goods and services whose consumption impose a cost to society above and beyond the nominal price paid by the user. These activities carry a ”negative externality” and environmental degradation is a classic case.

It is clear that the price of electricity derived from coal combustion does not account for its contribution to future damages from climate change or its toll on natural landscapes. Similarly, the price of driving a car does not reflect the economic drag from traffic congestion in major cites or the geopolitical perils of securing a supply of oil abroad. A cap and trade system applies an additional fee to these activities, bringing the price closer to their true cost to society.

The President’s budget matches cap and trade revenues with expenditures for green energy investment ($120 billion) and for Making Work Pay tax credits for low and medium income earners ($526 billion), thereby giving the appearance that the system would not reduce budget deficits. But these programs are long-standing Obama campaign pledges, and merely constitute one slice of planned government expenditures, all of which must be paid for somehow. By using cap and trade revenues to offset these programs, the administration will solve one piece of the fiscal puzzle.

An Issue of Timing

Consensus projections point to an economic recovery beginning in the second half of this year and moderate growth in 2010, but this outcome is far from assured. An increased burden on households and businesses during recession would delay a return to economic growth. For this reason, Congress should ensure that plans for a cap and trade system are made contingent on a strong recovery.

As Clinton official James D. Baker noted ten years ago, “ignoring climate change will likely be the most costly of all possible choices, for our children and us.” A cap and trade system will contribute positively to U.S. fiscal solvency, while discouraging activities responsible for the slow degradation of our environment.