What Environment? War and Economic Insecurity Dominate the Presidential Campaign

What Environment? War and Economic Insecurity Dominate the Presidential Campaign 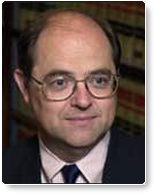 It is understandable, but nevertheless disappointing, that environmental and natural resources issues have not received much attention during the presidential campaign to date.

Two wars, illegal immigration, loss of manufacturing jobs, health care, a housing bubble, and a cratering stock market rivet the attention of the candidates and the voters both of whom are groping for a path forward amidst great uncertainty at home and abroad.

Thus, the environment is hardly a “top-of-the mind” issue, commanding only little attention on the campaign trail. There is some discussion of climate change, usually paired with energy independence or security; but, for the most part, it not drawn much interest this election cycle. Basically, the election is about war and economic insecurity.

There are other reasons why climate change is not getting much play in the political arena. Ironically, these have to do with an unusual degree of consensus on the campaign trail and an emerging one in Congress. All three of the major presidential candidate left standing share the same basic policy orientation in favor of some kind of cap-and-trade program to reduce carbon emissions, the paramount Greenhouse Gas. Second, legislation authorizing such a program has been moving on Capitol Hill, eclipsing every economist’s preferred option, a “revenue-neutral” carbon tax with offsetting tax cuts, say, for corporate or personal income taxes.

This latter option could be justified on supply-side, i.e., pro-growth, and national security grounds, while allowing for total agnosticism as to both the cause and extent of climate change. But in any tax restructuring there are winners and losers, and losers fight more tenaciously than winners in the political scrum. Moreover, most voters will only hear the word “tax” without hearing or comprehending “revenue-neutrality.” And no one wants to give up their SUVs.

On the other hand, the carbon cap-and-trade option camouflages its higher transaction costs. Hence, its political palatability renders its complexity tolerable.

Climate change is an all-encompassing issue which has consequences for forestry, water management, marine biology, wildlife, and just about everything else. That said, it has sucked all the oxygen out of the room in terms of the public dialogue on a broader range of environmental issues. If it’s not climate, it’s not worth talking about.

What are those other issues which are competing, largely unsuccessfully, with global climate change for prime time? Each of us will have his or her preferred list of issues to be given their 15 minutes of fame. Here are a few possibilities:

Environmental and natural resources policy is a very polarized subject reflecting what has been a polarized Red State/Blue State America. With an election less than a year away, it would be edifying to hear more about these matters from the presidential candidates in the months ahead.